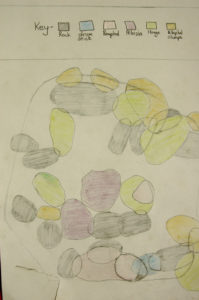 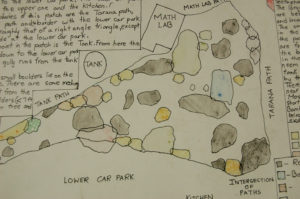 As part of their three-month Observation sessions with Sandy, the Akshas and Palashas (our 12 to 13 year-olds) worked in small campus areas which have rocks and vegetation.

The main intent of this Project was to have students observe an area closely and to describe and map it as accurately as possible.

They spent time becoming familiar with their own areas. This involved looking closely at the different kinds of rocks, trees, grasses, shrubs and other plants. 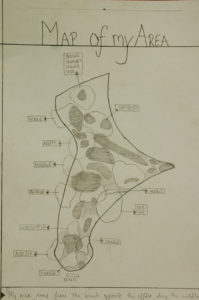 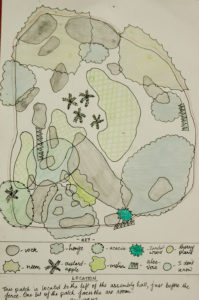 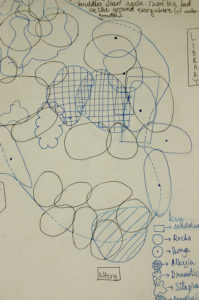 They wrote descriptions about their places in which they included details about the place, its boundary, the terrain and vegetation. They also drew maps in which they placed most of the rocks and vegetation they had seen. This involved drawing shapes correctly, drawing rocks to proportion, being able to create a map starting with one or two reference features and then positioning other features relative to these. While drawing their maps they would pay attention to slopes (aspect) and angles between objects.

During this entire process, students also learned to identify a few trees.

Reading Between the Lines : A Conversation, 2014