To see a World in a Grain of Sand
And a Heaven in a Wild Flower,
Hold Infinity in the palm of your hand
And Eternity in an hour.

Leela and I joined Valley School in the same year, 1984. In no time at all, I discovered what a multifaceted person she was and to every manifestation of her talents, she brought an extraordinary passion. Astronomy, craft, language and literature, drama, a great love for nature and a feisty temperament. She often spoke of her childhood years spent in a rural setting, where she would wander off on her own and sit for hours in quiet contemplation of the natural scenery around. Her father nurtured her questioning mind with varied readings and books. 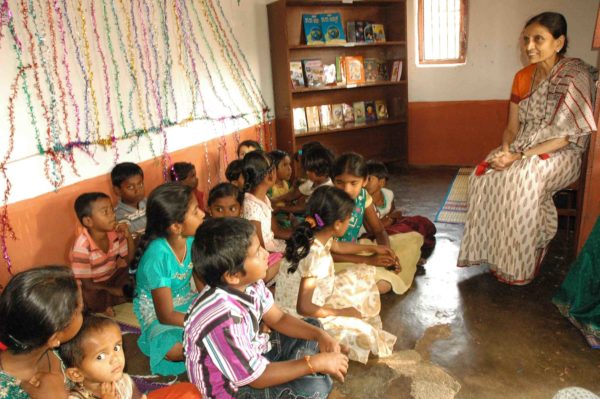 But much of Leela’s thinking and action came from her own observation and reflection.

Her husband Murthy, in her words, was her rock and she ever appreciated that he let her bloom. Her children and grandchildren reflect many of her traits. She was always close to them but never shied away from speaking her mind to them.

She was a valued member of “Patara,” a group formed in the late 1980s to bring books alive to children. Here is how one member of our group described her presence there. “I will never forget how a bare room would light up and explode with the colourful animated lifelike actions and dialogues of her incredible puppets. Her calm and peaceful exterior belied a furiously creative and ticking mind that made Patara the force it was.”

It was always amazing to me that impeccably dressed in a sari as she always was, she would clamber up rocks and rough terrain in her chappals with such ease and much enjoyment!

In recent years, she collaborated extensively with the Parag Initiative, an arm of Tata Trusts, to bring about active libraries all over the country. With her mastery over both Kannada and Hindi, and more crucially, her intrinsic feel for the material, she translated many readings for the benefit of library educators. They all feel a great sense of indebtedness to her and have shared their feelings of loss.

Four years ago, she and I started the Varadenhalli Village Library. She personally selected and bought books which could appeal to young and old. Her husband Murthy made the bookshelves and she started us off with a story telling session. As her health deteriorated, her visits became rarer but the children all remember her vividly and she continues to be the driving force of the library. All the money she earned from her writings and translations came to the library, usually wrapped in an old envelope and thrust into my hands!

Leela was always drawn to the writings of J.Krishnamurti. However in recent years, this interest turned into a fierce intensity and she would download, listen, read, and watch K talks. But she would also then urgently wish to have a dialogue around them resulting in many meetings, phone calls and emails. At the very end she shared her insights which echoed the lines by William Blake quoted above.

We miss her every day. Her readiness to listen and help, her humility about her abilities, her passion and enthusiasm, and above all the affectionate bonds she had with us—these memories will never fade.

Though my soul may set in darkness, it will rise in perfect light; I have loved the stars too fondly to be fearful of the night.

– The Old Astronomer, by Sarah Williams 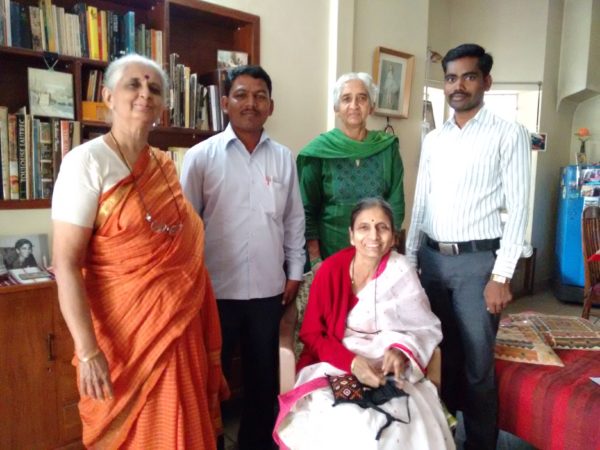 Leela Garady was someone very special to me. For her, suffering has ended but for us who were close to her, it’s a learning situation about death, friendship and the importance we give to the self.

Some of us have often met at her house to read, discuss and share our understanding of what Krishnaji spoke about life and various aspects of our relationships. There was always serious enquiry and dialogue.

A love of the Kannada language, its literature and Krishnaji’s teachings were her passions. Just before she passed away she completed dictating a Kannada play. Her mind was sharp to the end!

Most parents of CFL students have appreciated the books that help their children learn Kannada. They find them extremely innovative and usually say, “I wish I had learnt it this way”. But they have not met or known about the person who over many years developed the language programme at CFL and earlier at The Valley School. Leela Garady had long withdrawn from day to day interaction, though she remained involved till the end.

Leela’s life trajectory was conventional but her living of it was not, and she always acknowledged her family’s support in all that she tried. In particular, she said her husband Murthy was “her rock”. She started a play school because she disagreed with what his school was asking of her son and withdrew him from it. She said she was too young to be frightened! 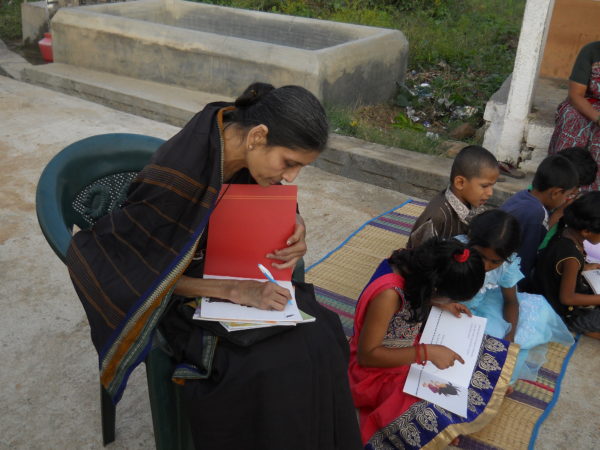 She loved languages and tried to change the way they were taught. Inspired by Dr. Suess, she brought the same playful, alliterative use of words to her lessons. She wouldn’t / couldn’t coin nonsense words though! She brought breadth and depth to the Kannada and Hindi programme. She never made it easy but made sure it was fun and challenging. She wrote plays, composed songs, made puppets, designed backdrops, properties, and costumes, all with an unerring eye for design. She continued this engagement till the end, her last play for school being a Hindi translation of a ‘Life of Buddha’ based on ‘The Light of Asia’. All this was her working life and she challenged her students and colleagues to rise to meet her standards. Challenge is the wrong word; she expected that we could all meet it and was impatient when we hesitated or were diffident. I still can hear her students rolling out sonorous Kannada and Hindi passages. I owe the fact that I have read really interesting books to her refusal to start me off on easy texts. Her artistic eye was also seen in the clothes she wore, beautiful cotton sarees with elaborate blouses. The food in her house was simple but colourful, nicely arranged and delicious.

During the recent past, when we saw her, she was still beautifully dressed and her dark eyes were still bright and sparkling. At first sight, she looked shockingly fragile, but as the conversation continued, all one was left with was the sparkling eyes and the passionate discussion.